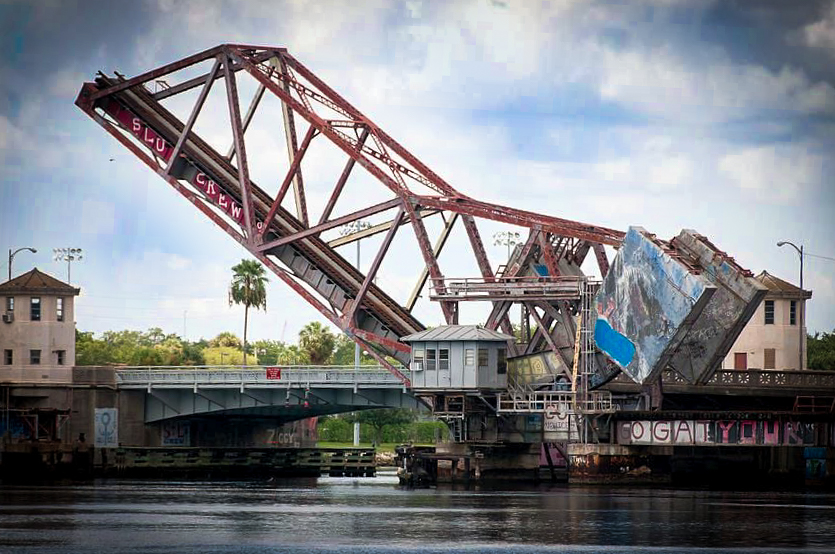 A few weeks ago, while meandering down our local river walk with my pre-teen son, we passed a well-known but dilapidated railroad bridge. It remains raised, looming over our heavily-invested, developing downtown area. As abandoned machinery often does, this bridge stands as a monument to the captains of industry that put our fair city on the map. We natives know it well, but it was the first time my young son had seen it.

“Mom, what is that,” he asked, pointing to the rusting metal that cut the afternoon sunlight into familiar geometry on the sidewalk before us.

He paused, a reaction I know well as his processing behavior.

“What does ‘defunct’ mean?” I already knew he had a fairly good idea.

“And the second syllable, ‘funct?’ What did it sound like?”

“Functional,” he answered without hesitation.

“Alright then, what do you think ‘defunct’ means?”

“Obviously, it means ‘not functional,’ mom.”

Three important things happened for my son that afternoon. The first, simplest change was that he added to his vocabulary. The second was that he practiced his ability to discern ideas by reverse engineering other ideas, in this case, learning a new word based on his knowledge of its parts. The third, and most important, is that he increased his ability  to comprehend complex ideas.

What prompted this nostalgia, you wonder? Well, I had another tiresome discussion on Facebook today with another person whose reading comprehension was, shall we say, less than stellar.

Unless I am engaged in sophomoric banter with friends (don’t judge, everyone does it), I write comments thoughtfully, focusing hard on clarity. I ensure that I have made my point without insult, without false equivalency, without malice. If I read something I do not understand, I research the information, or I ask for clarification of the comment. In other words, I make sure I understand before I take the offensive. Today, I was not even mildly surprised when I was personally attacked for my “ignorance” as I openly discussed the idea that finding and addressing root cause will always provide the lasting solution, especially in an otherwise volatile situation. The person who accused me of “ignorance” does not know me. Calling me “ignorant” and my favorite, “pathetic,” based on a single, out-of-context comment was the width and breadth of her attack. I found it sad, and simultaneously, a revelation.

It was obvious that the woman who attacked me had not read the commentary elsewhere in the thread. Or perhaps she had and just short of true alexia, her emotions inhibited her. She did not appear to comprehend the conversation into which she injected herself, having only insulted me, addressing no part of the original post. She obviously did not understand the core of the discussion. Cognitive dissonance, I wondered. No, that would assume she’d read, understood and then formed a separate but competing opinion about the subject at hand. Perhaps this is the BIGGEST problem with social media.

I have found, in nearly every “discussion” thread into which I’ve reluctantly entered, comprehension decomposes quickly. Each thread is a microcosm of what is happening in our country. It usually begins with a highly emotional, hyperbolic post. Several people with similar feelings chime in, raising the temperature. The comments become more and more vile. If, at this point, someone with an opposing, or even moderate view enters the discussion, the pack turns, salivating, and begins an all out personal war. Trolling notwithstanding, it quickly becomes obvious that the mob is either incapable of or disinterested in truly comprehending the commentary they are reading. They are the Red Devils in the ocean of social media. I don’t want to think it is a willful disregard for facts and reason, but I must concede that that may be part of it. I have often said that MOST people want the same thing but don’t agree on how to get there. Now I believe that humans are decreasingly capable of the meta-comprehension required to live democratically. The rapid breakdown on a single thread is proof that productive debate and comprehension are now defunct.

Comprehension requires not only a grasp of language, and at least an average vocabulary, but more than anything else, it requires the maturity and reason to accept that we cannot know everything, that we must be receptive to the ideas and experiences of others and that we must ask questions when we do not understand. Most importantly, we must be introspective and accept that we may not understand.

Persuasion is an art form. Tribalism, the opposite of debate and persuasion, is the natural human condition. As civilization has evolved, we have had to devise constraints that promote order and progress as we increase in number to many more humans, who are naturally self-centered. The last twenty or so years has seen a near complete abandonment of the intelligent application of systems that created the environment for innovation and improvement. “I am entitled to” has replaced “I will work for” and “I will contribute to.”

This is not an indictment of emotion. No great rock would move without the power of a good push. However, in order to move that rock, we have to push together in the same direction. We have lost sight of this fundamental idea. Many find more gratification in keyboard bullying than they do in solving the problems about which they spew their vitriol. I don’t want to believe that it is a devolution of human understanding, but after what I’ve seen just in the last few weeks, I can see that the Red Devils are increasing and all reasonable voices are being consumed in a melee of poorly written, myopic comments. The Red Devils are winning, Borg-like in their pursuit of group-think. If you’re not with them, you’re against them, and these days, that’s a very dangerous place to be.

One thought on “Red Devils”

This site uses Akismet to reduce spam. Learn how your comment data is processed.